K-On! is a Japanese four-panel comic strip manga written and illustrated by Kakifly. The manga was serialized in Houbunsha's seinen manga magazine Manga Time Kirara between the May 2007 and October 2010 issues. It was also serialized in Houbunsha's magazine Manga Time Kirara Carat. A 13-episode anime adaptation produced by Kyoto Animation aired in Japan between April and June 2009. An additional original video animation episode was released in January 2010. A 26-episode second season, titled K-On!! (with two exclamation marks), aired in Japan between April and September 2010. An anime film adaptation has been announced. The title of the series comes from the Japanese word for light music, keiongaku (軽音楽), but in the Japanese context is similar to pop music.


Plot-
K-On!'s story revolves around four Japanese high school girls who join their school's light music club to try to save it from being abolished. However, they are the only members of the club, and at first Yui Hirasawa, the main character, has no experience playing musical instruments or reading sheet music. Eventually, she learns how to be an excellent guitar player. Since then, Yui, bassist Mio Akiyama, drummer Ritsu Tainaka and keyboardist Tsumugi Kotobuki spend their school days practicing, performing, or just hanging out together. The club is overseen by music teacher Sawako Yamanaka, who eventually becomes their homeroom teacher as well during their final year of high school. In their second year of high school, the club welcomes another guitarist, an underclassman named Azusa Nakano. After Azusa joins, they gain more structure and begin to practice more. The story concludes at the end of the third year for the senior members. They all agree to attend the same university after high school and leave the club to Azusa after graduation. Yui's sister, Ui, and their friend Jun both join the club for Azusa's senior year. 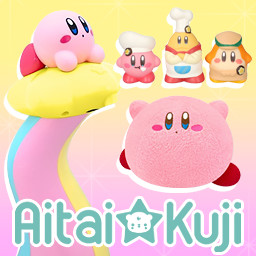