Ir1sh69
Is there any MFC page for the SHF Shenron? I preordered him last week but cannot seem to find him on here.
5年前

Porgo0
Hi guys I just want to warn you! I received my shf Digimon today and the quality is really bad
Just look at the pictures
BLOG #31208
I paid 75€ for one! DEFINITELY NOT WORTH IT!
FOR THAT PRICE I EXPECTED BETTER QUALITY
5年前⊛

thorkast
when is the next tamashi nations event? I want the whole straw hat 5th anniversary
6年前

IpMan
Any News Wether They will be more naruto figuarts figures ?
6年前

Emillia
I'm new, just thought I would say hello. I'm a Sailor Moon fan but until recently I'd only gotten the Uranus and Neptune SH Figuarts since they're my faves. But I've decided to collect the rest of the senshi too, partly at the urging of my friend who wanted me to collect those instead of the "ice-cream people" (her name for the Sailor Moon petit-charas, since I've only recently started getting them too, starting with the ice-cream set). Though saying "my friend made me do it" might just be an excuse!

And the end result is now that I've belatedly started on both the SH Figuarts and Petit-charas, so I have some catching up to do.
6年前

Rendered_
Porgo0 • 6年前 • #9428369Thank you!
but i think i'll go with MHT
or eBay ^^
No problem. I'm holding out for an Angewomon or Jesmon release. Omega Zwartz/AlterB seems possible next year considering Chaos Dukemon was made.
6年前
更多留言 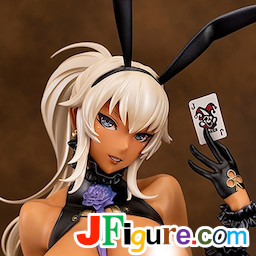