S3NKET3U2年前
I've narrowed it down to my favourite one's!

Please help me to choose.

WhoBeDaPlaya
S3NKET3U • 2年前 • #76509884Did you preorder your's from www.animuk.co.uk?
Was just going to wait until it gets released, then pick it up from eBay or some such.
Typically not worth going the proxy / Japan route for stuff that's ~ <= $30 total.

Have done that for most new prize figures. Bonus points if timed correctly for 5-10% eBay bucks, using up existing eBay bucks, 5% credit card cashback, or any combination of those.
2年前

dtindcarea
A couple months ago, I was trying to decide between these two figures as well. They can both be bought used or new for very reasonable prices. Ultimately, I decided to go with a used (like new) ITEM #189153 because of its better manufacturer (GSC) and because I looked at a bunch of reviews on these figures. Also, the sculpt of the stomach ITEM #166425 seems a bit off to me and less attractive (expando-belly I'll call it). The stomach sculpt wasn't enough of a thing to completely turn me off to the figure but it was definitely another strike against it.

Anyway, even though I paid more for the GSC-made version, I am very happy with it. It's flawless as you would expect from GSC. I personally rated it a 10/10 in terms of MFC rating.

I do have to say that the advantages of the other version are: 1) costs less, 2) like the salute pose, and 3) slightly bigger/taller.
2年前⊛

S3NKET3U
WhoBeDaPlaya • 2年前 • #76506856I know right?
That figure took me by surprise as well - traded my ITEM #263893 for this new one :)AlienEmoji • 2年前 • #76489447i think more people would be inclined to vote if you provided clickable links in the post
(that said, imho the figure WhoBeDaPlaya linked is nicer than the two you tried to show)
Finally got the time to do it, nowhere near as hard to do as I thought it would be.
Thanks for your help!
2年前

kcf1117
The eyes of the first one look more natural to me, but the second one has a nice butt. I pick the first one.
2年前⊛

hamsterfactor
galablue • 2年前 • #76508013If you press "cancel" on the upper right corner of the vote tab, it'll let you remove your vote :) Really useful for when you want to see approximate results but aren't sure of what you agree with.
Ugh how didn't I see that... Thanks!
2年前

D_A_R
I like the first one a lot more.

This one is probably my favorite Shimakaze figure though: ITEM #198421
2年前

galablue
hamsterfactor • 2年前 • #76506710Please disregard my vote, I just wanted to see which figures were those and clicked on the poll like an idiot... :(

If you press "cancel" on the upper right corner of the vote tab, it'll let you remove your vote :) Really useful for when you want to see approximate results but aren't sure of what you agree with.
2年前 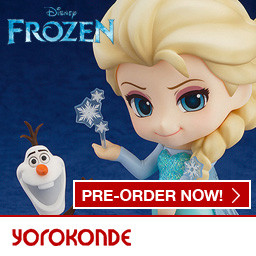