Although this is a slightly older figure, there is a method as to why I felt the need to write this thing in the first place. I've been noticing that many on here seem to have (and probably deservedly) negative views about Square Enix's Play Arts line.

Disclaimer: For the record, I started out collecting the PA line years ago because of a deep love of Final Fantasy characters and did not get my first Figma until I joined this delightful but evil to the wallet site. (VERY evil on the wallet...) Had I not, I would have never realized that there are companies who could make more polished and fluidly articulated figures. Still, having said that, it is a shame that so many pass on these highly fun figures, despite their flaws, especially since the newer Kai line tends to be much better than PA of the past.

Without further ado, it is with great pleasure that I present to you a humble review of the only PA Kai that I have....Sazh Katzroy!

For those unfamiliar, Sazh is a character from Final Fantasy XIII. (and in my opinion the only normal character in the entire game...)
View spoilerHide spoilerHe is pretty much drug into the events of the game by tagging along with the main character Lightning and ends up being "cursed" by the deity-like Fal Cie into doing its bidding. Those cursed with the Fal Cie mark become L'Cie, who if they do not complete thier mission or "Focus", will be turned into monsters for eternity or until killed. Those who complete their Focus don't fare much better, turning into crystal for eternity, hence the curse...
As far as spoilers go, I'll leave it at this for those who want to play the game. ^_^

If you think that a Figma box is boring...you'll be lulled to sleep by the Play Arts boxes. Granted, this one is much nicer and detailed than previous Play Arts boxes, but still not much to talk about.

Homura-chan wanted to help out with this one, so I pictured her box next to his. They're kinda similar, actually.

For starters, I will happily share the main reason that I love the Play Arts line. That would be scale, or rather the lack thereof. SE does drive people crazy with this point, but for me, it hasn't been a problem or an issue. Here's a reason why:

Compared to the Figma of Mami and Homura, Sazh is HUGE. (This is what I had to get used to when my first Figma arrived!) For the price, you do get a lot of figure, which can be a plus or minus depending on your space situation. (I bought my Sazh at Otakon a few years ago, and left the price tag on the box. ^_^')

What drives collector's crazy about this disreguard for scale:

But let's move on.

As far as sculpting goes, SE did Sazh justice.

Pictures of his leg joints and pistol holsters

The pistols fit very nicely in the holsters, as you can see. Sazh can also hold onto his guns due to pegs in his hands.

...Which brings us to his accessories!

.....
....Yup! That's it! All you get from SE for the poor boy is two closed fists and his pistols Really! Unlike Homura-chan, who came with many, many weapons of mass destruction....

It's not nice to gloat, Mami,although at least Madoka is trying to cheer him up....

Again, I didn't have any paint/sculpt issues with mine so I give him these scores:

Ok, you've stuck with this thus far, I bet you're wondering how much fun he is to play with?!

Answer? LOTS. I bought this guy awhile back....and he became one of my favorite figures quickly. He's surprisingly sprightly and...

He can SIT, which is more than I can say for a number of my Figma. >_>
Some pics that I've taken of Sazh over the year(s).
Since he likes Chocobos..

....Dunno why he's cheering these guys on, they aren't going anywhere this year. XD

So, as you can see, I've had a lot of fun with him, and I'm not just saying this as a Play Arts fan. Therefore:

Thanks for sticking with this, my second review!
Your reward is...a bonus adventure...with Guest Stars!

Enter the real Legion of Doom!

Oh no! The girls are in trouble!

Homu took care of the second biggest baddie but one still wants a hug. Who can save them?!

Goodbye for now! Thanks for reading and please stay tuned for the next review! ^_^ (Had to have Mami sitting in Sazh's lap because she can't sit right..)

Oh god, the evil... THE EVIL I SEE IN THIS PICTURE!

The ones that can fight them: 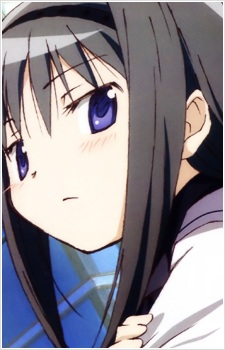 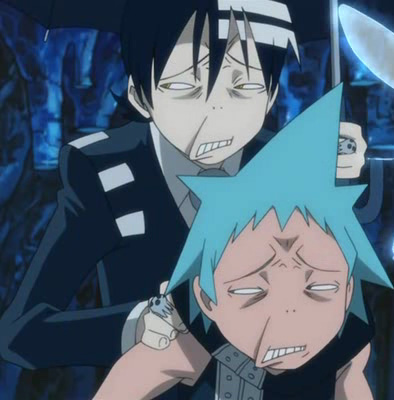 K-Mu
Nice review, btw, I Liked FFXIII but don't think it was the best FF. However Sazh is a good and funny character, he reminds me of Eddy Murphy:)
8年前⊛

And the legion of doom?
Too correct, you've assembled some legendary evil there my friend :(

AlphaUltima
Is it me or does he look like dave chapelle...
8年前

Welcome to my blog!